My story begins Three years ago. Breyerfest was one of those events we were so excited to attend and set up our booth at for The Treasured Child, but had no idea what it had in store. We were just honored to be there, poor innocent souls..

Let me set the setting fer ya-

The first year we brought one of each item from our Toystore (Breyer), a few horsey antiques, and a handful of old unboxed Breyers, that we honestly didn’t think we would sell. We got the 10×10 booth, They supplied two tables for us, and two chairs, and we brought a small book shelf for the loose horses. We set up our cutesy booth and sat anxiously awaiting our first customers. We were stunned to see so many people unloading shelves, perfectly wrapped in tight plastic, stocked full of horses. People had huge vans and big trailers full. Everything we brought fit in our car, we didn’t want to bring to much.. just in case. We had a good laugh at some people, for we thought they brought way to much..

By the end of the day we took back our laughs… we looked like squirrels who had been chased around the yard by wild dogs. Fried, out of inventory, and shocked! We nearly sold out of everything in one day! We couldn’t believe it. The next two days we drove back and forth from Lexington and La Grange each evening to restock because the SAME THING HAPPENED. We ended up selling out of everything. Again we were amazed and proud… and shocked.

During tiny lulls in crowd traffic we were able to see some of the horse breed demos. We talked about how neat it would be to get involved and decided to try it out the next year.

The next year rolled around, we got all our applications in, our booth was secured and we even got approved to volunteer with our junior horse (half Arabian western ranch and trail mare) Luna *WM Silver Moon. Again we had no idea what we were really getting into. We had one year with a booth under our belts and learned from our funny mistakes. We AGAIN didn’t bring enough inventory and did multiple trips through the weekend.

As for Luna, she was a trooper. We call her the Windy Meadows Soul Horse. The blackest little horse with the brightest soul, and a personality that blossomed in the presence of hoards of children, roars of a screaming crowd, and thousands of pets and selfies.

Let me tell you about breed demoing at breyerfest. Of course to the average horse person it sounds like an exhibition- which is what it is. What people assume is that it’s just like a horse show so not big deal right? Wrong! Usually spectators at horse shows know the “protocol” of how to act while sitting in the stands… you know somewhere between being at a golf competition and not making any sudden movements. Well this crowd doesn’t know any of that. Which is totally ok!

Imagine the entire stands being full of excited middle schoolers plastic and paper bags in hand stuffed full of horses, ripping and tearing packages opening, jumping up and down out of excitement, opening and waving around their glossy paper Ky horse park map all while you are trying to make it around he ring with a Junior Horse (young horse). Nothing compares to the breyerfest crowd.. other than maybe the World Championship Horse show on stake night.

Sounds insane… IT IS. You may be wondering why… why is it insane. Isn’t your horse all sacked out and calm. Well, yes.. but here’s the thing- if you didn’t know. Horses are not only flight or fight creatures, they are very sensitive to energy. And let me tell you.. when you walk into breyerfest the energy is amazingly intense. It’s like an underground mouse convention that just hit a jackpot of cheese! Scurrying about with great intensity.

So back to Luna- how did she react to this? Never had been around anything like this in her life… she did her job like it was old news. As beautiful as ever, the “old” Sioux City Warrior. She came in the ring with her head hung like she always does with her ears focused and eyes scanning the crowd with sparkles of joy. The crowd roared and just like that the demo was over. The horses headed outside to their grip and grin picture locations. For hours Luna stood in the shade. Wheel chairs literally pushed up to her rear end (not on purpose!), people touching her tail, rubbing and loving her. We honestly fell in love with her all over again. She showed us a whole new side of her, the I love all these annoying humans side. Hehe.

After Luna showed us how much she really loved Breyerfest we decided we would make sure to return every year to show off “the people’s horse” – Luna.

Throughout this year, Luna and Ellie have been carrying the Great American Flag at local horse shows. Of course it never phased Luna. It was like she’s been doing it her whole life.

When we applied for our 2018 booth, we stuck with the same plan. 10×10.. but we smartened up this year… (finally). We purchased metal rolling shelves on wheels… stocked all the shelves with every stitch of Breyer we had, plastic wrapped the shelves like mummies, loaded them into the front of the horse trailer, shut the divider and loaded Luna in the back- thanks to our amazing help (Juan, Jose and Whitney for holding down the fort while we were gone).. not complaining at all here- we still had to make multiple trips back to La Grange to wrap extra back stock.. that again.. we didn’t think we would need.. hahaha. Will we ever learn? Probably not.

Luna knew the deal. Her stall was ready for her when we arrived and she nestled right in with her fellow Arabian breed demo horses. (We aren’t the only ones! The Arabians have the biggest and BEST demo.. if you haven’t seen it.. make sure to add it to your list- ALL VOLUNTEERS).

Same deal.. sell sell sell, Luna did her breed demo- but this year things were a little different in a good way. She was remembered. Her fan club came out of the woodwork to see her. Maybe it’s because she’s so cute, pudgy, and little, or maybe it’s her Mighty Mouse attitude, or maybe it’s her jaguar black coat.. whatever it is.. she’s more than popular, she even has trading cards!!

Every morning at Bfest there is the opening ceremonies, National Anthem and usually the epic drill team. It’s a great show. Come to find out.. Sunday there wouldn’t be a flag presentation… what is a show without one?! Ellie was asked if she would be willing to do it.. HECK YES she said.

Sunday morning, the crowd stood tall with their hands on their hearts as the little engine that could showed off our country’s beautiful flag. (See our video on our fb page).

It was an honor to present the colors for the breyerfest crowd.

To top off the weekend we had the best Breyerfest yet. Sold out of almost everything, met so many awesome people, and Best part yet.. Luna’s sweet face was showcased on Breyer Model Horses Facebook page, the picture that speaks 1000 words- Luna soaking in the love from two little girls.

I wanted to take a moment to say how awesome our local Arabian horse community is. The people who actually step up, keep their word, show up, and spend their weekend volunteering, show casing and presenting the Arabian breed to the public.. all while melting like candles. The one breed demo that wears their show clothes the entire time, no matter the weather..Displaying their horses with pride, ribbons everywhere, beautiful curtains and signage- all for the love of the horse. This group of people deserve to be honored. What a great team.

Huge thank you to those who continue to support The Treasured Child, and continue to love and support Windy Meadows and all of our characters. And a big thank you to Bonnie and her niece for running for lemonade shake up refills and chicken strip baskets with extra strips. Couldn’t do it without our WM Team. 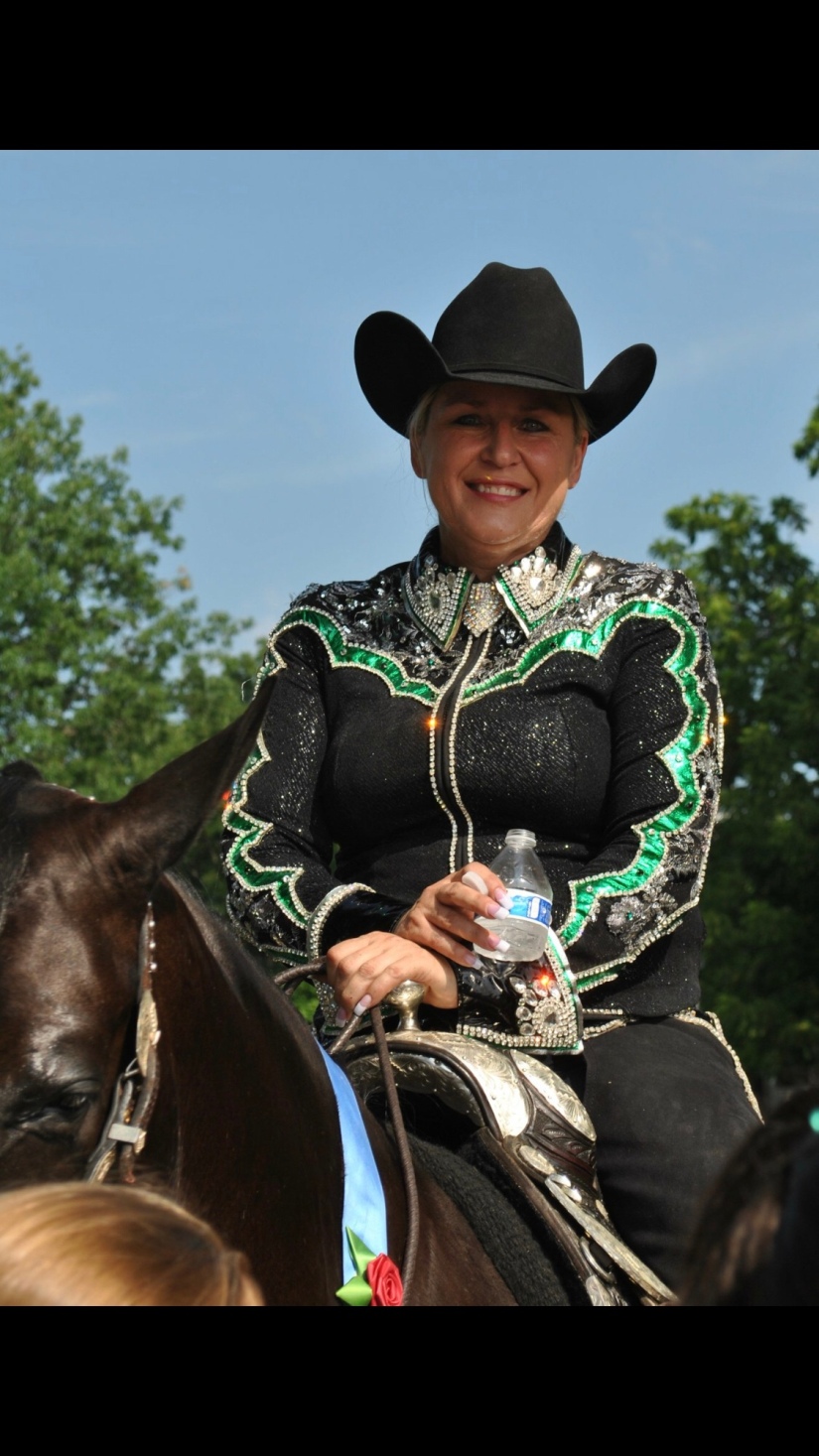 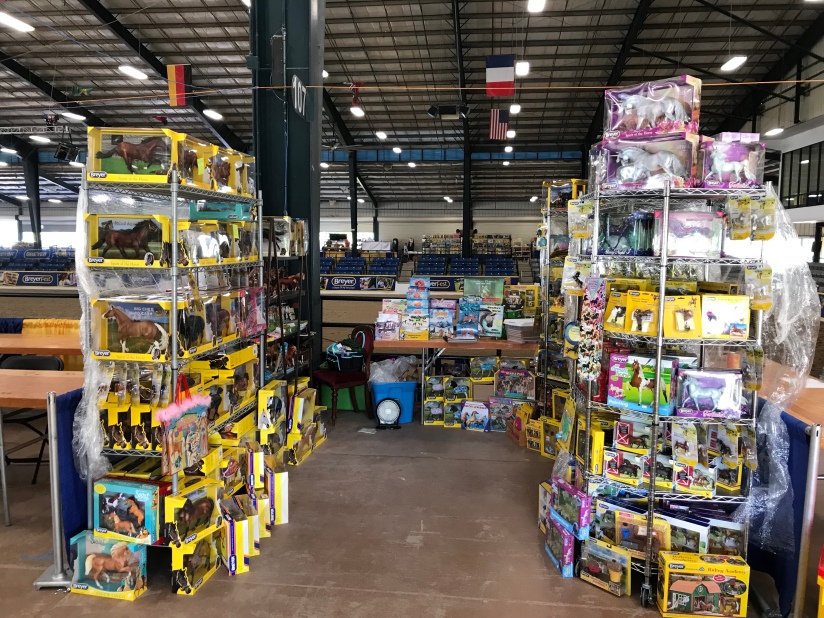 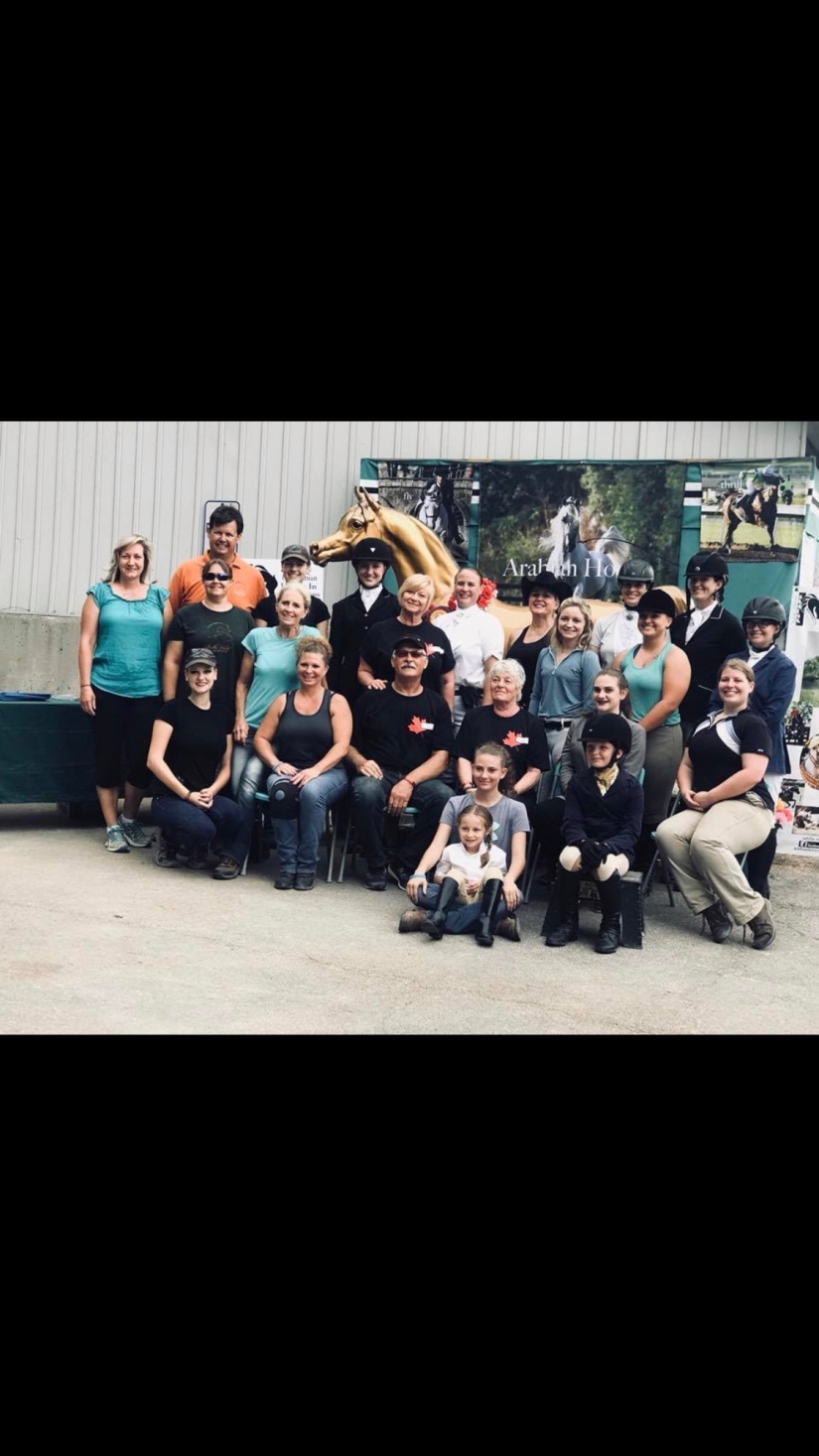 View all posts by windymeadows1309